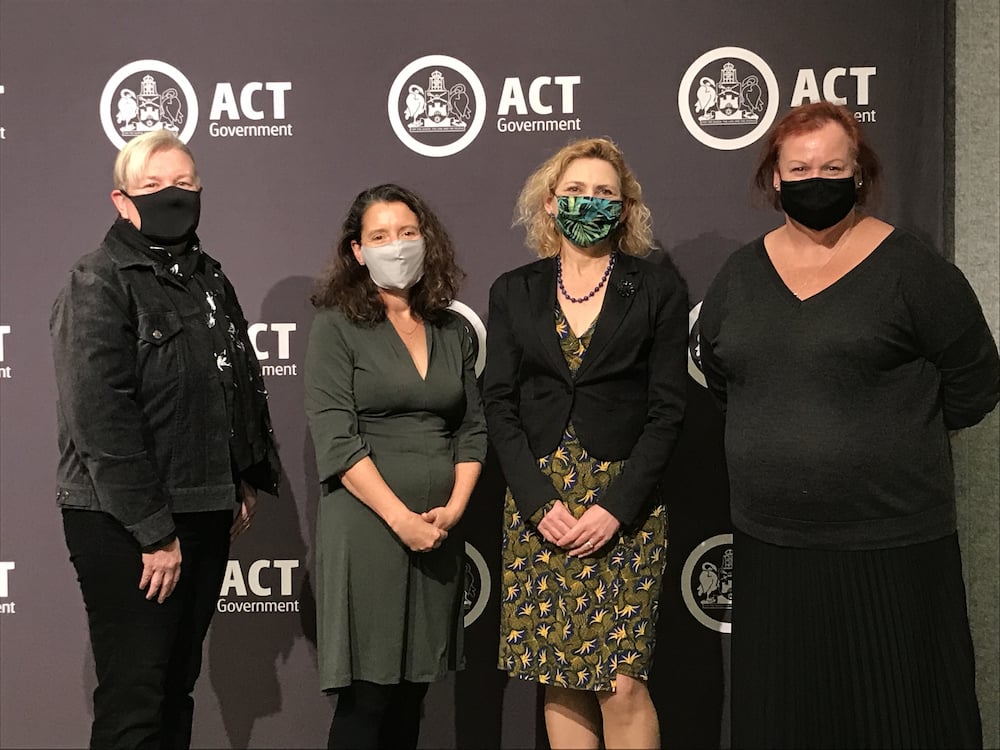 The past few years have been difficult for the community, and some people need more support, says Emma Davidson, ACT Minister for People with Disabilities and Deputy Minister for Families and Community Services.

To help them, the ACT Government will provide millions of dollars to service providers, unpaid carers, Indigenous community-controlled health organizations and other organizations that help Canberrans when they need it most.

Specialized homeless services will receive $2.21 million over the next two years to continue to deliver established programs during the pandemic – such as Argyle Housing’s Ainslie Lodge or Marymead CatholicCare’s Axial Housing program, which moves people from the streets to permanent housing.

“It is very cold at the moment; we are well aware of the difficulty in accessing housing in the ACT,” said Anne Kirwan, CEO of Marymead. “So it’s great to see that some of these initiatives that started during COVID are going to continue and help those in need across Canberra.”

The government will also collect data on Canberra’s homeless people. The government knows that only a small number of people sleep rough, explained Rebecca Vassarotti, Minister for Homelessness and Housing Services.

In 2017, Canberra Carers – more than 50,000 unpaid family members and friends who help people with disabilities, frail older people or people with mental health or health issues with tasks of daily living – have developed the ACT Strategy for Caregivers to create “a Canberra that cares for carers”.

Last year, Carers ACT was disappointed that the 2021-2022 budget provided no funding for the strategy; but this time the government has pledged to spend more than $825,000 over four years.

That, said Lisa Kelly, CEO of Carers ACT, was “a phenomenal step forward.”

The most common challenge caregivers face is invisibility, she said. “They are not often seen in the service systems in which they interact. They are not recognized for the role they play. They are not receiving the services and support they need to maintain their own health and well-being.

Fifty-eight per cent of ACT carers have poor health, while many carers only have one social event a year, Ms Kelly said.

“Leo’s Place provides respite care for people with life-threatening illnesses,” Ms Kelly said. “That ability to take a break from caregiving or just go through life and have someone cook a meal for you, someone make the bed for you, someone sit down and to talk or read a book with you, incredibly uplifts the spirits of people who are dying and brings great relief to those caring for them.

Ms Davidson said the funding recognizes the impact of intergenerational trauma on individuals, their families and the wider community.

The government will develop a social recovery framework to improve ACT planning and preparedness for disasters, such as bushfires, storms and the pandemic.

“We know there will be more,” Ms Davidson said. “We live in a changing climate, and this pandemic is still far from over.”

Hands Across Canberra, which administers the Chief Minister’s Benevolent Fund, will receive $750,000 to build two charity homes in a new suburb. High-quality homes will be auctioned on the private market; proceeds will help local charities.

Dr Emma Campbell, CEO of ACT Social Services Council (ACTCOSS), welcomed the funding to continue these community services, but called on the government to invest more in supporting vulnerable Canberrans in the next ACT budget.

“When the Chief Minister announced these measures, he recognized that the community sector has come forward time and time again to ensure that anyone who calls Canberra home can get the support they need,” said Dr Campbell .

“ACTCOSS calls on the ACT Government to ensure that the community sector has the support it needs to be able to meet the growing demands and costs of providing these services.

“More than 38,000 Canberrans live below the poverty line, including 9,000 children. Recent increases in the cost of living have been staggering and disproportionately affect all facets of life for low-income people.

“The ACT continues to face a housing crisis. ACT’s budget must go beyond funding emergency measures. It must address the source of the problem – the massive shortage of social and affordable housing in Canberra.

“ACTCOSS looks forward to further important announcements in next month’s ACT Budget to boost investment in housing, community services and other supports so that vulnerable Canberrans are protected during these difficult times.”