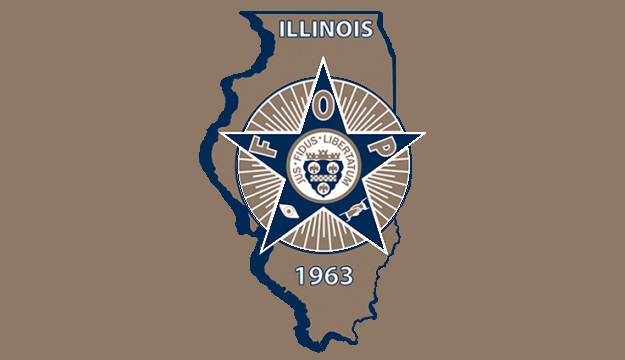 Conditions are getting more dangerous at Illinois correctional facilities

Springfield, IL-(Radio Effingham)- The environment in Illinois Department of Corrections (IDOC) facilities is becoming increasingly dangerous for correctional officers and offenders and there appears to be little to no movement toward improving the situation, according to the Illinois Fraternal Order of Police (FOP) Corrections Lodge 263 .

According to Lodge 263, during the Pritzker administration, the governor’s appointee, Camile Lindsay, who gives direction to the IDOC, moved dangerously into an anti-law enforcement, crime-centric environment that appeases social justice advocates at the expense of accountability for criminal behavior.

“Over the past few months, working conditions for IDOC agents have become increasingly stressful and dangerous,” said Lodge 263 President Scot Ward. “There is no valid plan in place to improve the situation, and frightening tragedies will undoubtedly occur unless something is done soon.”

Illegal synthetic drugs enter IDOC facilities at a faster rate through the mail sent to offenders. These drug-soaked cards, letters and fraudulent attorney-client correspondence have led to an increase in the number of offenders under the influence of drugs committing acts of violence against staff and other offenders. Additionally, IDOC agents handling the mail were unknowingly exposed to these substances, and as a result, several agents required a dose of Narcan or an ER visit.

“Many correctional agencies in the United States scan offenders’ mail and then deliver those scans to offenders, which prevents illegal drugs from entering the prison through the mail,” Ward said. “We suggested this solution to senior IDOC officials, but to date no action has been taken to stem this flow of postal poison.”

The system that holds incarcerated offenders accountable for their actions has been watered down through changes in policy and law, Ward said, and the result is that offenders no longer fear repercussions if they injure or kill a co-offender or an IDOC agent. Restrictive misdemeanor accommodation has been reduced or eliminated, fewer cases of violent offenders are being sent to county state prosecutors for prosecution, and parolees are not being sent back to jail for violating the terms of their Conditional liberation.

“Offenders no longer fear punishment for their acts of violence, which means they literally have nothing to lose by assaulting any human being they meet in prison,” Ward said. “And if they’re not responsible on the inside, how can you expect to return them safely to society when their sentences are over?”

The mental health of IDOC officers is also a major concern. Ward said these men and women work in some of the most dangerous environments in the state and are under constant threat of violence, scrutiny, lawsuits, investigations, drug exposure and the daily fear of entering an environment where anything can, and often happens.

“What makes matters worse is that these officers are being forced to work excessive overtime to deal with critical staffing shortages,” Ward said. “The mental health support systems in place do not provide the anonymity officers need to avoid stigma and negative review of offenders and fellow officers.”

“Mental health professionals experienced in assisting law enforcement officers should be made available to assist IDOC officers when needed,” Ward said. “IDOC administrators also need to be open to the idea of ​​mental health leave, posting changes and small acts of appreciation for officers.”

The Fraternal Order of Police, founded in 1915, is the largest organization of sworn police officers in the United States. With a proud tradition of officers representing officers, the FOP is the nation’s most respected and recognized police organization. The Illinois FOP, established in 1963, is the second largest State Lodge, proudly representing more than 34,000 active duty and retired police officers – more than 10% of all FOP members nationwide. Visit www.ilfop.org for more information.

Products and services covered by the proposed European data law