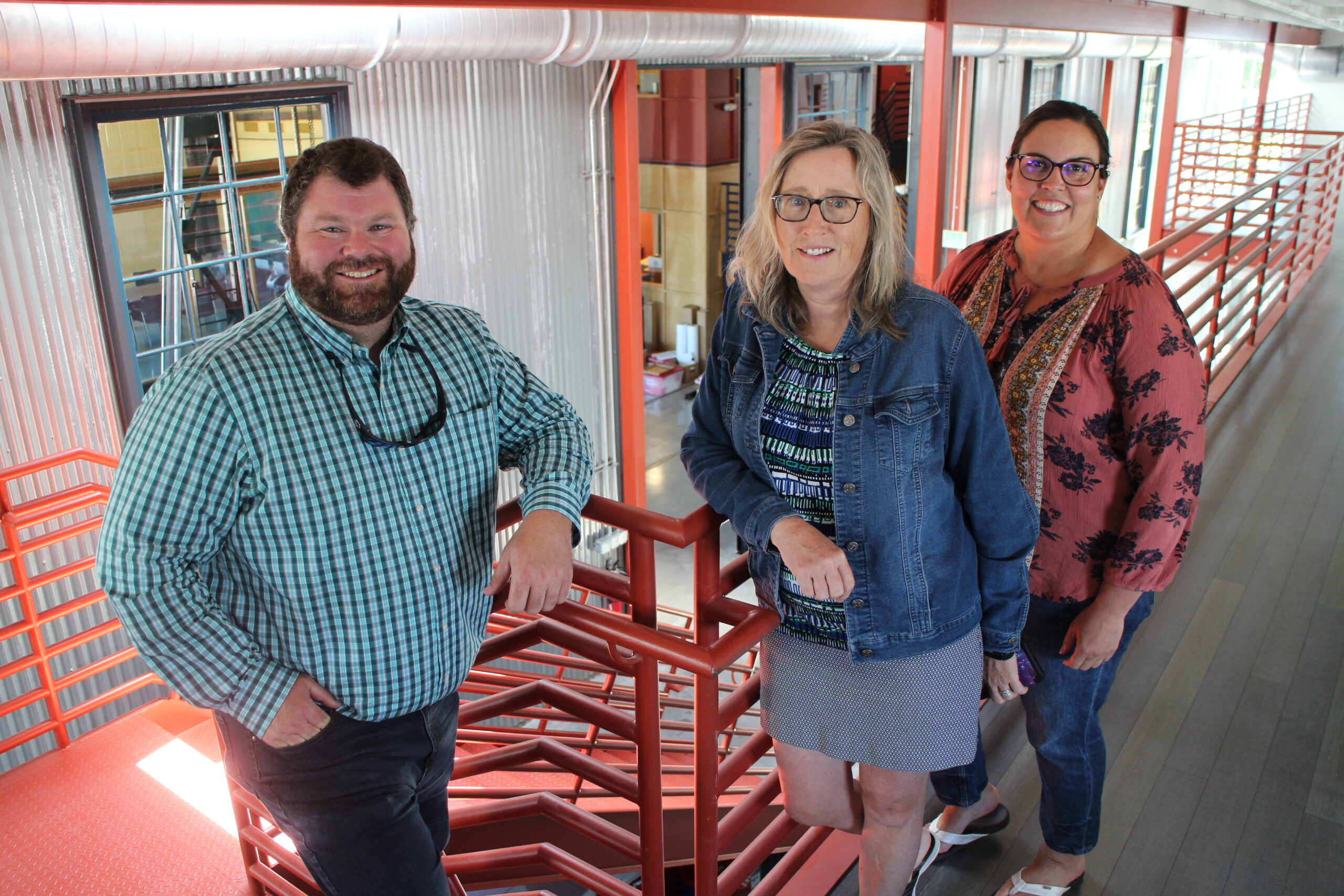 Left to right are Bryce Miller, Sharon Harless and Rebecca Napier of the Wetland Studies and Solutions Inc. regional team, which has moved into the so-called Emerald Barn building on Brook Road. (Photos by Jonathan Spiers)

Julie and Paul Weissend of Dovetail have moved out of the building and are renting it to WSSI, an environmental services and consultancy firm that operated from two small offices in Midlothian and Mechanicsville.

WSSI’s Bryce Miller, who led the year-long search for larger space, said the local team was drawn to the building for its central location between these former offices, as well as its certification as a LEED Platinum and net-zero energy building. WSSI’s headquarters building in Northern Virginia was the first in the state to be LEED Gold certified when it was built in 2005, Miller said. 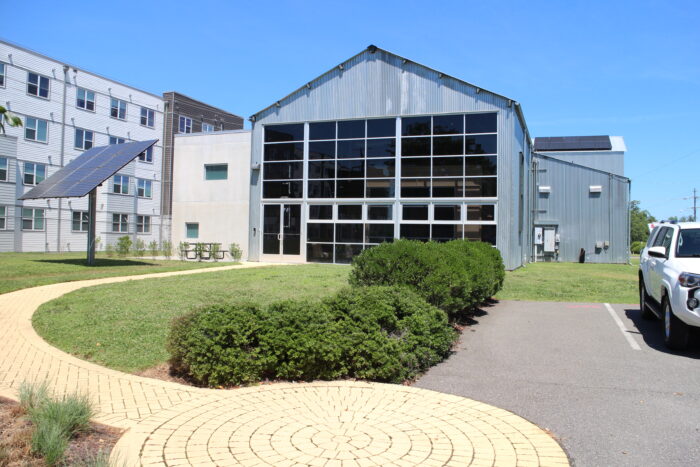 “It couldn’t be better for us,” said Miller, an arborist who leads WSSI’s environmental compliance division. “When we saw that, it was consistent with what we do, what we stand for.”

Laughing, Miller added, “A lot of staff in the Northern Virginia office are like, ‘I didn’t think the Gainesville office could be outdone. Everyone’s like, ‘They’re awesome. It’s much cooler.

A subsidiary of national firm Davey Tree Expert Co., which acquired it in 2014, WSSI operated locally from a space at 717 N. Courthouse Road when Davey acquired EEE Consulting, also known as 3E, in 2020. That deal included 3E’s Mechanicsville office, which Miller says was roughly the size of WSSI’s 4,000 square foot Midlothian space.

“At the courthouse, we just didn’t have enough room to expand to hire everyone from Mechanicsville,” Miller said, adding that staff at the two offices wanted to stay relatively close. “We had to find that middle ground.” 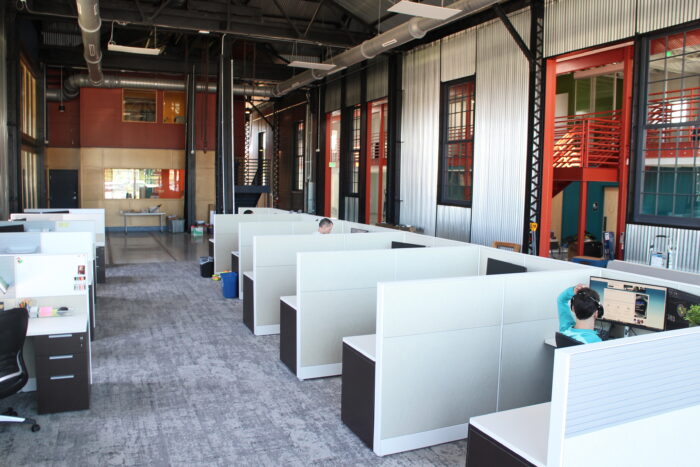 Workstations were added in the main space of the building, originally a cart repair shed.

To do this, Miller said he created a heat map of everyone’s home addresses and conducted a thorough investigation to determine the best central location for most employees. They also enlisted Eric Hammond at Commonwealth Commercial, who Miller said showed them the Brook Road building.

At nearly 12,000 square feet, the recently expanded building provides space for growth for the local team, which numbers approximately 40 people. In addition to individual workspaces and offices, the building includes storage space for the company’s field equipment.

The office also serves as a testing ground for a hotel-like working system in which employees can reserve workstations for the days they will be in the office. The system uses an application that the team developed which serves as a pilot program for the company.

He said negotiations with the Weissends began in January and resulted in a multi-year lease.

In an email, Julie Weissend said she and Paul were delighted to have WSSI as their tenant. The married couple, who converted the former industrial building in 2010, moved the Dovetail office to their Monument Avenue home. 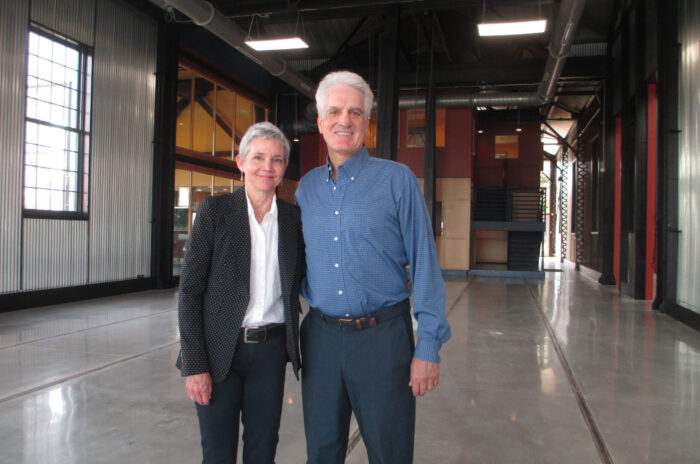 Julie and Paul Weissend have rented out the old wagon barn which they have transformed into an office for their company Dovetail Construction. (BizSense file)

“They’re embracing their new home with the same kind of intention and sensitivity that we fostered in creating it,” said Julie, who dubbed the building The Emerald Barn for its green building design and skyline views of the city that reminded him of Oz. The building even includes a yellow brick road-style sidewalk at its main entrance.

Built in 1907, the structure originally served as a repair barn for electric wagons. The renovated building was the first in the United States to be LEED Platinum and net-zero energy certified and listed on the National Register of Historic Places.

The latter could dictate whether signage can be added to the structure, as Miller said they would like to do. If that’s not possible, he said signage would be added elsewhere on the property.

Sharon Harless, director of WSSI who runs the local office, said the team was happy with their new home and that they were under one roof.

“Neither office was really big enough to accommodate the merging of the two offices, and the company was really supportive of how we were going to create new office space,” Harless said. “It’s exciting to be in a LEED Platinum building.

Started as Michael Rolband Co., WSSI changed its name in 1991 to reflect a shift in focus toward Clean Water Act authorization and wetland protection and restoration efforts, according to its website. It has more than 230 employees in seven offices in Virginia, Maryland, North Carolina and Florida.