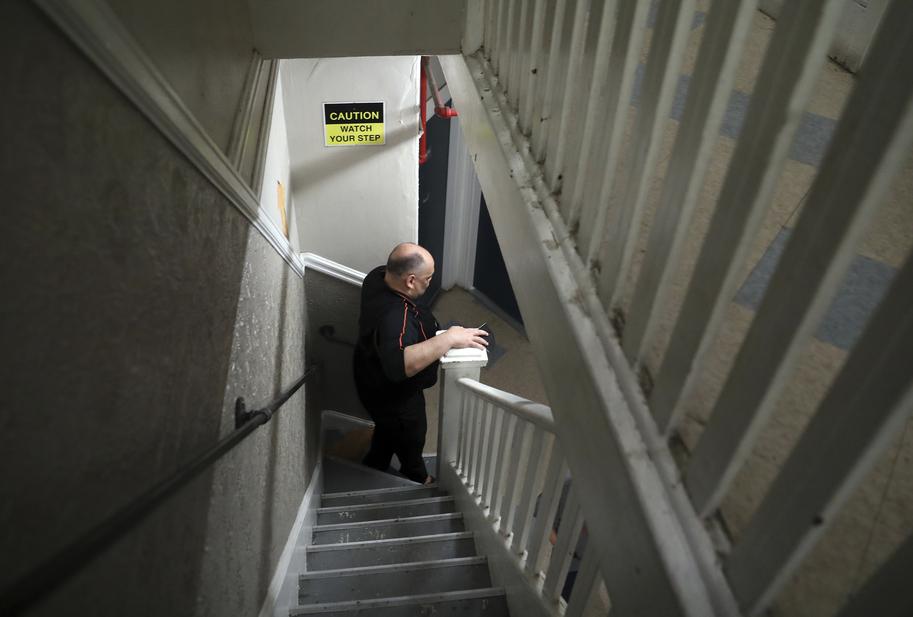 San Francisco homeless officials are asking for $24.5 million to increase staffing and strengthen services in the city’s housing stock for the homeless, after months of investigations by The Chronicle into the squalid conditions and staff shortages inside many buildings.

But the Department of Homelessness and Supportive Housing, or HSH,’s request to withdraw funds from a 2018 voter-approved business tax was denied at a hearing on Thursday.

The Our City, Our Home committee, which oversees these tax funds, voted unanimously against the proposal, saying the revenue created by Proposal C should only be used to create new homeless services, not to support existing programs.

“The voters’ intent is that we get people off the streets,” said committee chair Shanell Williams. “We are trying to extend this current system, not fix the system that exists now.”

Although the committee rejected the proposal, its decision is advisory. Mayor London Breed, who directly oversees HSH, and the Board of Supervisors ultimately decide how Prop money is spent. It is spent. Committee members suggested that Breed, HSH and the board find the desired millions elsewhere.

A spokeswoman for Breed said after Thursday’s vote it still plans to offer to use the funds through Proposition C, which raises about $300 million a year for new homeless services. In past interviews, Breed’s office declined to give details of the investments she plans to make in her next budget proposal, which will be unveiled on June 1.

Part of the $24.5 million that MSM is requesting over the next two years would go to youth and families. The bulk — $16 million — would go to adults, most of whom live in single-room hotels, or SROs.

A Chronicle investigation published this week detailed significant problems in ORS, the cornerstone of San Francisco’s permanent supportive housing program. Journalists found that HSH had failed to adequately fund many buildings or provide meaningful oversight of the nonprofit providers who run the hotels.

Referencing The Chronicle’s investigation, Williams said the city’s permanent supportive housing system desperately needs more investment. But, she added, the Proposition C dollars were “not meant to solve all the problems and divestment over the years.”

In an interview Thursday, Shireen McSpadden, director of HSH, acknowledged that many problems within the city’s permanent supportive housing SROs stem from severe staffing shortages and low wages. She said the committee’s position was “frustrating” and that she recommended the mayor and council move forward with the proposal.

“While everyone is really excited about new acquisitions, new services and new buildings, older buildings are still part of our portfolio,” she said. “So we don’t understand the distinction.”

San Francisco has long housed homeless people — many of whom are elderly or those with physical and mental disabilities — in century-old SROs concentrated in the Tenderloin and South of Market neighborhoods.

Buildings typically offer rooms smaller than a standard parking space with shared bathrooms and kitchens, and are meant to provide a safe and stable home where people can rebuild their lives after spending time on the streets. But The Chronicle’s investigation found many were overwhelmed by crime, decay and death.

A review of tens of thousands of pages of incident reports, inspection records and public data found police responding to some hotels every two days on average, broken elevators trapping the elderly and disabled in their rooms and that vermin infestations invaded the buildings. At least 166 people have died in city-funded ORS from drug overdoses in 2020 and 2021 — 14% of all overdose deaths in San Francisco.

The survey found chronic staff shortages that undermine the purpose of these programs: to provide stability and help to those who need it most.

The survey found that case managers who support SRO residents have supervised as many as 85 tenants each in recent years, five times more than federal recommendations. Harsh working conditions and wages as low as $21 an hour fuel frequent turnover, making it difficult for residents to build trust with staff members who are expected to help them access health care. health, vocational training and other forms of support.

HSH’s proposal would raise case managers’ salaries to about $28 an hour and aim to keep their caseloads no higher than 25 tenants.

“They change case managers all the time,” Johnny Steward, a resident of the Seneca Hotel on Sixth Street, said in an interview last year. “I had a case manager for two months, and they left. We got a new one here, and I don’t even know him. It’s really miserable.

San Francisco currently has a record $1.1 billion budget to spend on homelessness, but most of it comes from Proposition C, which can only be spent on new homelessness services.

Yet The Chronicle’s survey found that less than 2% of the current homelessness budget will go to improving services at existing supportive housing sites.

During Thursday’s meeting, the committee repeatedly referenced The Chronicle’s investigation, calling it “heartbreaking” and saying it brought to light issues that city leaders have long overlooked.

“There is an urgent need, not only for the salaries of social workers, but also for the capital needs and the maintenance needs of these buildings,” said Ken Reggio, committee member and former executive director of Episcopal. Community Services, a major supportive housing. vendor. “This is an emergency that we have long recognized.”

Impact of COVID-19 on Online Payday Loans Market Share, Size, Trends and Growth from 2022 to 2031 – themobility.club