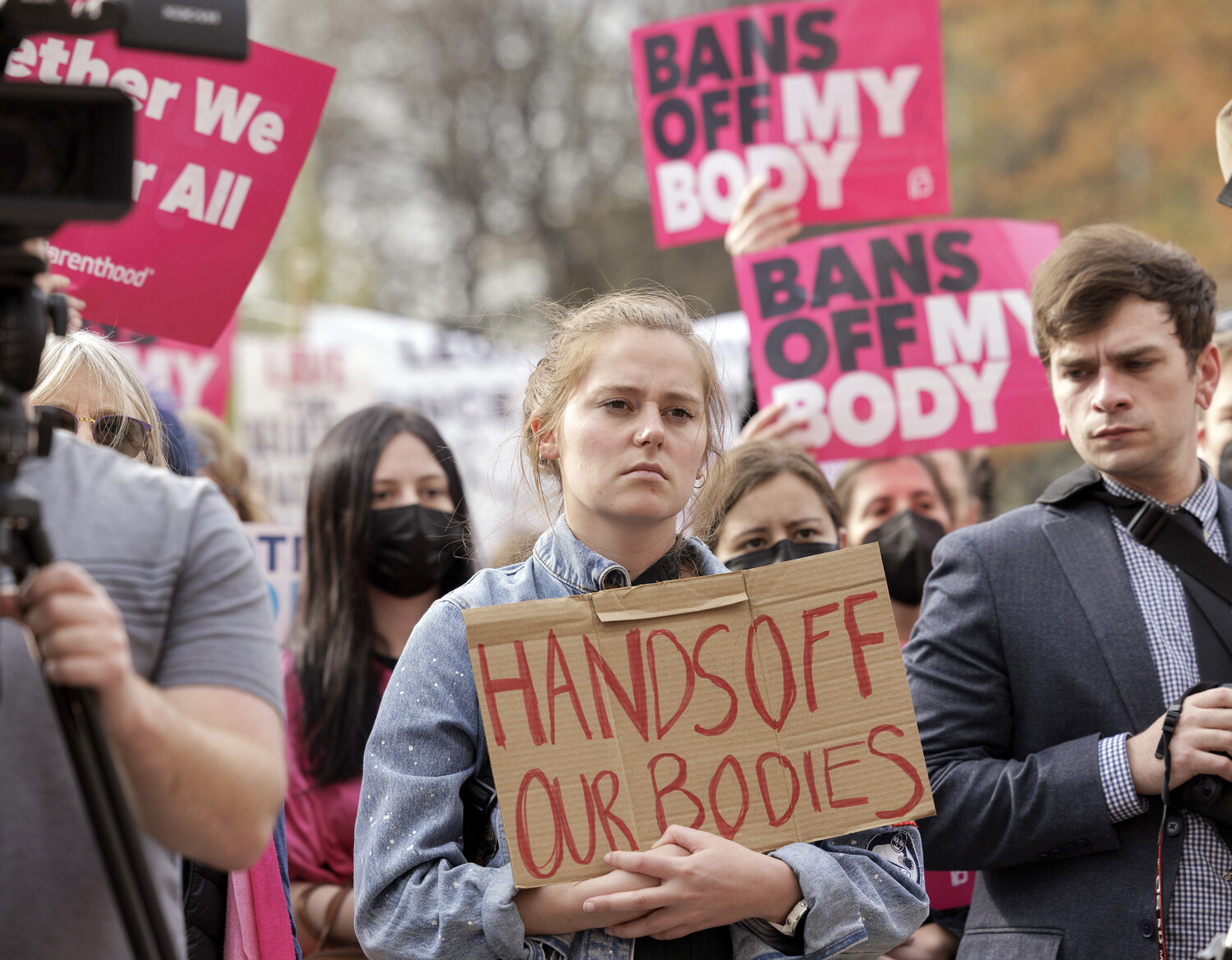 May 3, 2022 – Albany, NY – A protester rallying in Albany after a leaked Supreme Court opinion revealed the potential repeal of Roe v. Wade. Governor Kathy Hochul participated in the Planned Parenthood rally in front of the State Capitol in Albany. (Mike Groll/Office of Governor Kathy Hochul)

New York Attorney General Tish James is urging the legislature to pass his bill to create a $50 million fund to pay for abortion services for people who come to New York for the procedure from states where it is prohibited.

The measure called the Fund for Reproductive Freedom and Equity would authorize the state Department of Health to distribute the money to abortion providers in New York. The funds would fund the procedure, as well as travel, accommodation and childcare costs, for women in other states where abortion is banned.

The number of people from other states seeking care is expected to accelerate if the Supreme Court acts on a leaked draft opinion and reverses or seriously undermines the landmark Roe v Wade decision that legalized abortion in the country. .

Attorney General James said helping people come to New York to get the procedure would prevent them from seeking dangerous and illegal practices that could lead to injury or death, as happened before the 1973 ruling.

“The reality of the situation is that bans won’t stop abortions,” James said. “Bans will only stop safe abortions. And that’s why we’re here today. Provide access to safe abortions. “

If the Supreme Court overturns Roe, the right to choose an abortion would be weakened or removed in 26 states.

States, including Texas, already severely restrict access to the procedure, limiting it to the first six weeks of pregnancy, a time when most women first find out they are pregnant.

James says that in 2019, according to Centers for Disease Control and Prevention figures, nine percent of abortions, or about 7,000, were performed on out-of-state residents.

She says if just individuals from the neighboring states of Ohio and Pennsylvania, where abortion should be restricted, come to New York to request the procedure, that number is expected to rise to 32,000 procedures per year.

The bill is sponsored in the Senate by Cordell Cleare and in the Assembly by Jessica Gonzalez-Rojas.

“And that means everything from allowing providers to get training and education and bringing in more staff and security,” said Gonzalez-Rojas, who said the measure also provides money to pay those who do not have health insurance.

Democratic legislative leaders, who hold supermajorities in both houses of the legislature, are expected to support some form of funding for out-of-state patients seeking abortions in New York.

Senate Leader Andrea Stewart-Cousins ​​said the state is the “last line of defense” in preserving the right to choose procedure.

“We don’t play defense, we play attack,” Hochul said on May 3. “So my message to women across the country is that New York, New York State, will always be there for anyone who needs reproductive health care, including an abortion.

With just over three weeks to go until the legislative session, lawmakers are also considering other steps to bolster abortion access in New York, including a constitutional amendment establishing the right to choose the procedure.

AG James says she supports the concept and says other rights upheld in other court decisions could also be at stake if the Supreme Court erodes the right to privacy that forms the basis of the Roe decision.

These decisions include Griswold v Connecticut, which found that banning the use of contraceptives violated marital privacy rights, and the 2015 decision finding laws against same-sex marriage to be unconstitutional.

Governor Hochul also supports the proposed constitutional amendment. It would require a vote by two successively elected state legislatures and, if approved, could go to voters as early as next year.

The funding proposal was criticized by the state’s Conservative Party, which said James and Hochul wanted to “turn the state into a national mecca for abortion procedures paid for entirely by New York taxpayers.” In a statement, party chairman Gerard Kassar said the governor and attorney general had “no right to force New Yorkers to pay” for it.

What are the different types of personal loans?