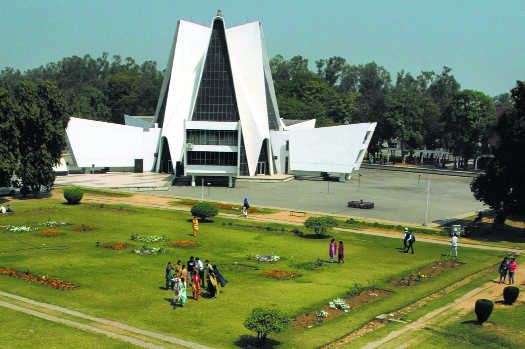 Students of the University College of Engineering (UCOE) at Punjabi University, Patiala today staged a protest outside the UCOE branch to demand basic facilities like clean water, sanitation and repair outdated elevators in hostels and teaching department.

They said they had raised the demands with university administrative officials on several occasions, but to no avail, after which they had to resort to protest. They said, “The university needs to admit new students but lacks basic infrastructure.”

The students pointed out that drinking water was only available on the first and second floors of the UCOE. He did not reach the upper floors. Students had to climb the stairs of the eight-story building to get water all day.

“Along with students, pregnant women and teachers are also forced to climb stairs. Physically disabled people also have difficulty going up or down floors,” said one student.