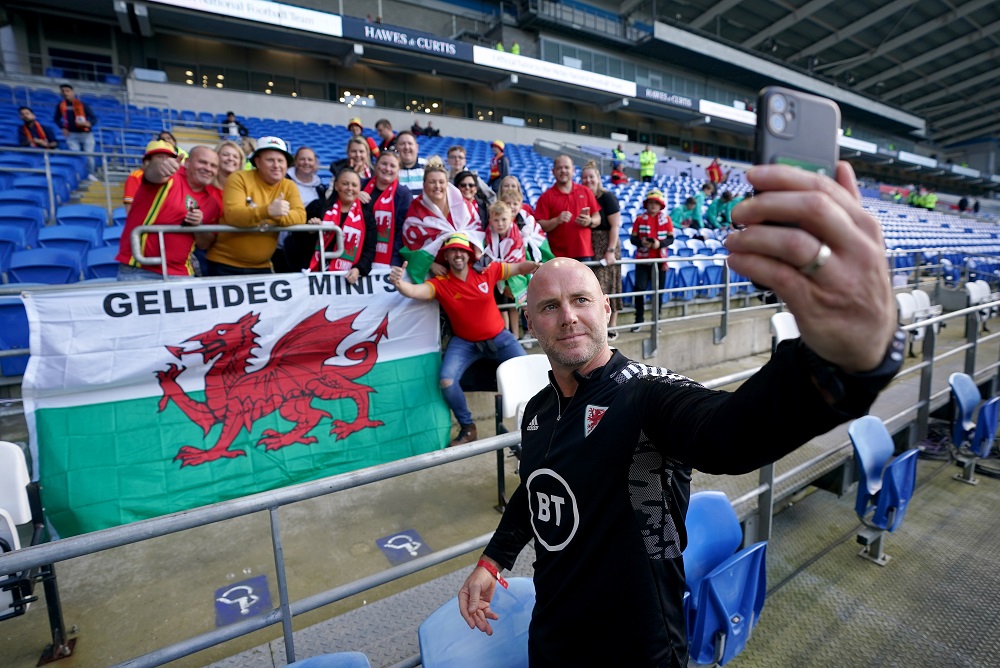 Robert Page is traveling to Qatar to lead the World Cup operation in Wales.

Manager Page previously steered clear of Wales’ logistics planning in the Gulf state because he didn’t want to ‘take my chances’.

Wales, like other teams involved in the play-offs, had to put initial plans in place even before qualification for the 2022 finals in November and December was confirmed.

“I didn’t want to risk my luck. Now it’s official, I’m going out to dot the t’s and i’s on the training facilities and accommodation.

“I want to make sure everything is in place, take a look and sort out the logistics.

“We will speak again with the administrators to see what we can do to influence our senior players.

“Does that send our medical team to the clubs to be with them to make sure they are in top condition, ready for September and then November?”

With Wales playing on the opening day of the World Cup, against the United States on November 21, Page confirmed there was no possibility of playing a friendly before the tournament.

The players will be involved in national action over the weekend of November 12-13 before heading out for the World Cup at the Welsh base Vale of Glamorgan.

The team should fly to Qatar the following Tuesday or Wednesday.

“We will have a short period to acclimatize to the conditions,” said Page, whose side will also play group games against England and Iran.

“We will have three or four grass sessions before playing the first game of the World Cup.

“Before that, we have two matches in September, Belgium away and Poland at home.

“It’s the only opportunity we have to work together as a group. It’s unusual compared to what we would normally have (for a major tournament).”

Page was greatly encouraged by Wales’ performance in the Nations League, despite losing three of the Dragons’ four games on their debut at the top level.

Conceding late goals against Poland and the Netherlands twice cost them dearly, their only point being a 1-1 draw against Belgium.

England are also bottom of their Nations League group and two defeats to Hungary, including a 4-0 thrashing at Molineux on Tuesday, have rocked Gareth Southgate’s side.

Wales captain Gareth Bale said: “Obviously the results haven’t been ideal for them.

“But again, it’s the end of a long season. It’s really hard to take a lot out of these games.

“Everyone is mentally exhausted, physically exhausted. We’re not going to take too much advantage of what they’ve done.

“We know what a good team they are and we will prepare for them like any other team at the World Cup.”