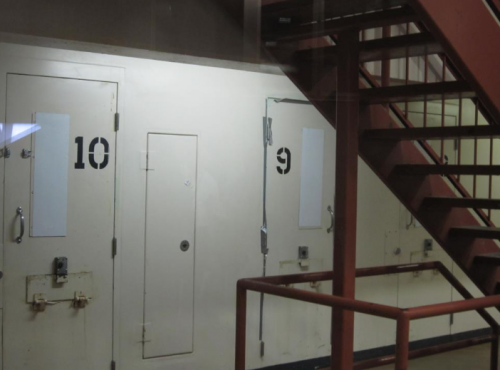 Thanks for covering the Sacramento County Jail on November 10th. Based on your coverage and the overall philosophy of American incarceration, I had suggested this motto for our justice system: “The beating will continue until morale improves.” “

You mentioned that Sacramento lost a lawsuit because it mistreated prisoners, but left out a few details. For example, crime, arrests and convictions have all decreased, yet as you mention in your article the prison remains full, sometimes beyond its original design capacity.

The Decarcerate Sacramento organization estimates that 50 to 70 percent of jail prisoners are not convicted of anything; they just can’t pay the bond. That’s right, it’s illegal to be poor in Sacramento County.

You also didn’t mention that the United States has five percent of the world’s population, but 25 percent of its prisoners. This is five times the world average per capita, and more prisoners in absolute numbers or per capita than any other country, including South Africa, Cuba and the apartheid USSR.

Canada is demographically identical, but per capita, there is only one seventh of the number of incarcerations in the United States. So, is Canadian crime worse than American crime? Nope. Much the same.

California voters recently approved some proposals to counter this draconian regime, but the fight against this sensible move has included lies from our sheriff and opposition from Sacramento’s own attorney. San Francisco elected a district attorney to implement these proposals, and now DA faces a well-funded recall, despite the continued drop in crime.

The problem lies as much with what goes on outside the prison as it does inside. The Federal Reserve reports that 40% of the American population cannot handle a $ 400 emergency without selling something or borrowing. And loans, especially payday loans, and even credit card loans, are at exorbitant rates.

The desperation of a population attacked by creditors, riddled with COVID, scratching from paycheck to paycheck, is played out in clashes with the police. I have police friends and I would like their jobs to be safer, with fewer encounters with desperate people.

But the beating will continue until morale improves.

It used to be common sense to believe that public aid was a cheap way to buy social peace. Today, a large part of the population thinks that welfare recipients are cheaters and fraudsters.

The politically popular remedy for our social ills has been to cut welfare and food stamps. Not only that, crushing unions, labor defenders, has been a permanent project of our public decision makers.

Fraud and cheating abound among the rich. Due to fraudulent loans, an estimated 10 million homeowners lost their homes in the subprime / derivative collapse. Who got the bailout? Wall Street, not Main Street.

None of these Wall Street criminals went to jail, instead they paid dollar fines for their loot.

Also politically popular: no more policing. Between 1981 and 2017, the United States experienced a 42% population increase. During the same period, funding for the police increased 187.5 percent. The blows will continue …

George Santayana was right when he said that “Americans are a primitive people, disguised by the latest inventions”.

Bloodlust for more policing and punishment is ineffective, but the current system keeps people angry and defensive, much like your report on prison abuse that ended in anecdotes on how the released people terrorize the neighborhood around the prison.
But… the beating must continue until morale improves.

Why Jordy Dwyer is passionate about improving Indigenous financial literacy

Salary on demand! Get real-time employer salary before payday