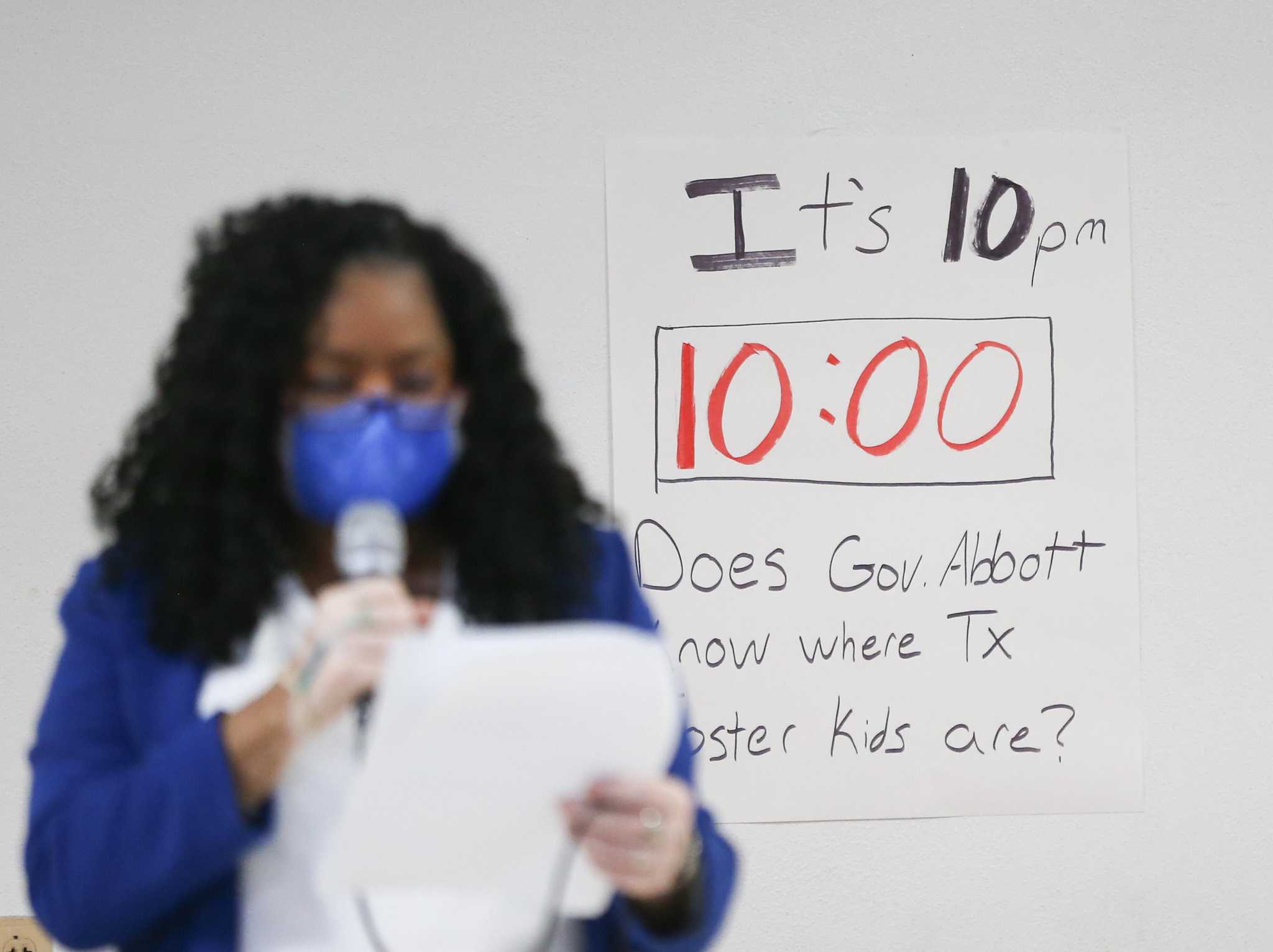 For more than a year, Texas CPS employees have been sounding the alarm over the state’s practice of housing dozens of adoptive children with acute needs in hotels and other temporary accommodations, supervised by workers social workers who are not trained to take care of them and cannot discipline them.

The problem peaked last summer, with 416 adoptive children without permanent housing. Since then, the number has dropped dramatically – 184 children had no placements for the whole of March and 69 were awaiting placements at the start of this week.

But as the state’s Child Protective Services agency begins scheduling shifts for workers to watch children through the end of 2022, employees say they are still exhausted, untrained and afraid to work in potentially dangerous environments. Overtime is another blow to morale at CPS, an agency that is also struggling with a number of resignations due to new policies targeting families of transgender children.

IN DEPTH : Foster care crisis is ‘out of control’ in Texas, with children and staff at risk

Now social workers are advocating for a solution to temporary placements — either from Gov. Greg Abbott, who oversees the Department of Family and Protective Services, or from the state legislature, which will return to Austin next January but plans to hold hearings on foster care this summer.

“Some of these workers (say) maybe this isn’t the job for me, not because of the usual responsibilities, but because of the responsibilities that have been added to us,” a Department of Services worker said. family and protection. at a Texas State Employees Union town hall in San Antonio earlier this month, a concern echoed by others who spoke at the event.

Marissa Gonzales, spokeswoman for the department, said it is working closely with providers and lawmakers to increase capacity and find permanent beds for children without placements. The department is also in contact with the children’s family members, with the aim of placing the children – referred to as the Children Without Placement Agency, or CWOP – with relatives if possible.

“We are doing everything we can to end CWOP,” she said in an email. “Every child and young person in the care of the state should have appropriate placement, not no placement, and that has always been our policy.”

Children without placement are often adolescents with the highest needs – those who have experienced trauma and have a history of behavioral or mental health issues. Although they represent only a small part of the approximately 13,000 children in state care, employees say the extra shifts to watch they soak up their resources, their time and their energy.

“It still has a serious negative impact on morale because it sucks all the air out of the room,” said Myko Gedutis, a Houston-based organizer for the union, which includes employees and social workers from Protective Services. childhood. “People are exhausted. It’s been going on for a while and yes the numbers are going down, but it’s still a daily concern.

Dozens of CPS workers attended the San Antonio town hall, just months after workers attended similar meetings in Houston and Dallas. Their concerns were familiar, as employees described a situation that continues to put children and staff at risk.

There are the immediate threats: social workers have been attacked and they fear that the children will not be held accountable for their actions because they are under the guardianship of the state. And because employees don’t have the power to discipline children, they can’t intervene when children are using drugs, refusing prescribed medications, or getting into potentially dangerous situations.

And there’s the long-term stress, too: CWOP changes and other external pressures — including Governor Greg Abbott’s recent directive to launch investigations into child abuse in families of transgender children — have caused a frantic turnover, said Gedutis. There has been a “brain drain” as longer-serving employees leave and are replaced by inexperienced employees, or not replaced at all.

Additionally, workloads far exceed recommended thresholds, with overworked CPS staff unable to give each child the attention they need, Gedutis said. And children lack a structured environment in a family setting, which hinders their own development and success, social workers said.

CPS supervisors are asking staff to volunteer for extra shifts until the end of this year, including public holidays, Gedutis said. If employees do not volunteer, they are given mandatory shifts.

Shifts last four hours and two social workers are assigned to each child. Over the course of a day, a single child is cared for by 12 different people, employees said.

“It’s not going away,” Gedutis said.

Without the intervention of Abbott or the Legislative Assembly, it appears that it will. State Sen. José Menéndez, D-San Antonio, said he asked Abbott to convene a special session on the CWOP but received no response.

Nan Tolson, the governor’s spokeswoman, noted that Abbott was the “first governor to make foster care an emergency item” in 2017 and again in special sessions last year. Last summer, lawmakers approved $90 million in funding over two years to help address capacity issues in the reception system.

“The Governor looks forward to continuing his work with lawmakers, advocates and state leaders to continue reform and strengthen our foster care system and ensure a bright, safe and prosperous future for all children in Texas,” said she declared.

At the union meeting earlier this month, Menéndez came up with a list of questions for social workers, hoping their answers would help craft a bill that could make their job easier: Do you get training before shifts? of CWOP? (No.) Is this a local problem or a statewide problem? (Statewide.) Do you work more than 40 hours per week due to CWOP shifts? (Yes.)

“It’s an emergency,” he told the town hall. “At the end of the day, I appreciate that we are having a community meeting, but we need to sort out some issues quickly. And I think it was the state that kicked that box down the road. It’s the state’s fault. »